Disney and Visits and Babies...Oh My! 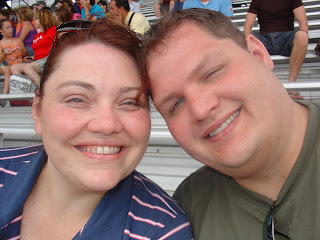 Yes, yes I know it has been over two months, I am a bad, bad person and should be shot. But as most people know now, I am pregnant and no one is allowed to shoot the mama to be!

There has been a lot going on this summer, but nothing so pressing that I did not have time to update this damn thing. It all started with the Disney trip at the beginning of June which was super fun, but as we soon discovered, early June weather in Florida does not suit us all that well, we will stick to March from now on. While it is always warm in Florida, March is much better than the “I can’t breathe humidity” of June. But we did have a good time, and came home with a little souvenir of our own. 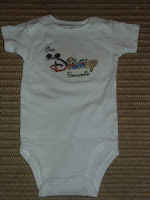 We were there for our anniversary and decided that for our presents to each other we would go to a nice dinner, I mean a super fancy dinner at Victoria and Albert’s. For those not in the Disney know..V &A’s is the fanciest dinner in town. It was seven course and we got the wine pairing which meant we were actually quite drunk by the time we left. 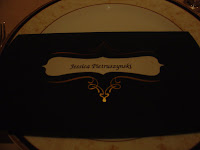 The people were very nice, although I think our waitress was judging us, especially when I whipped out the camera to take a pic of the individualized menu, which also said Happy Anniversary. I was more impressed though with the letter from the Queen that they had in the women’s bathroom! When I can back to the table to gush to Jeff, another waitress promised to take me in another room with a painting of V&A, and there she took a few pics for us. It was super fun, but as it turns out I am not fancy, and I always though that I was. I believed that deep down I was switched at birth and I belonged more with the Kennedy’s, but as it turns out, not so much. Don’t get me wrong, seven course dinners are great every three years for an anniversary, but as a common thing I think I would be bored. 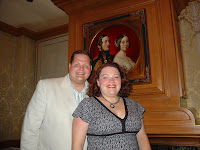 So I didn’t take lots of pics at Disney mostly because I have a ton of pics from previous trips and I don’t need another pic of the castle. But we did catch the end of the Flower Expo at Epcot, which was a good time. See the super cool Captain Hook and Peter below and well as some other statues made all of flowers and plants. 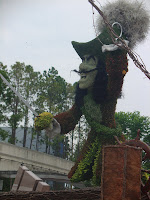 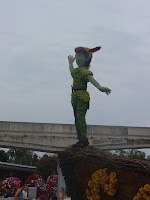 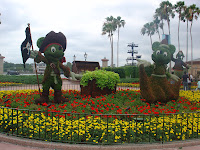 We got back home in time to start making the homestead ready for the P’s, who came to visit for a week. We had a really good time as we took off for the Ripley Craft Fair on the fourth, but my illness kicked in just about the same time, and it has not left yet. But a good time was had by all and after they left along came by B-day, where I turned the big 32, but I think I look much too young, so I am comfortable saying I am 28 or 30 at the oldest. But I did get this cool speaker for my ipod if I should ever get an office of my own. Oh and I got Disney Scene It, which is fun, but if you play make sure to use the adult questions and not the kids, because then you will just get pissed at the hubby because he wins so easily.

We actually have just returned from another trip that took us from Chicago to the QC and then to the UP in Michigan, but I should leave something to discuss later. more pics will come I swear!
Posted by mountainmomma at 11:50 AM 2 comments: